The project called The Complex Implementation of a Freshwater Pearl Mussel Rescue Programme in the Aš Region focuses on the conservation of freshwater pearl mussel in Aš region. This area is important for this species not only on national scale but also because of the occurrence of freshwater pearl mussels in the adjoined area of Bavaria and Saxony. The local population now consists of fragments of the originally unbroken distribution and even those are threatened by a number of negative influences, mainly the lack of food, low temperature and water pH and the lack of young trout.

Conservation of food brooks
Several natural and artificial brooks flow into Lužní potok and Bystřina streams where pearl mussels live. These collect plant detritus (little particles of organic material) which pearl mussels feed on. These brooks need to be cleaned and maintained regularly in order not to become silted and overgrown. Often they also struggle with the lack of water which is why we are looking for other sources – water source areas and waterlogged areas which could possibly be attached to them.

Conservation of meadow biotopes
For getting a high-quality detritus the biotopes near brooks, meadows in particular, are important. It is necessary to mow them regularly and to remove woody scrub. The mown material is composted and returned back to the meadows so that they are not deprived of necessary nutrients. The stream surroundings (the buffer zone) need to be lightened by selective tree cutting so that water gets better warmed through.

Supporting trout
Brown trout is the host species for freshwater pearl mussels’ larvae, called glochidia. What is important is the presence of especially juveniles that have not met pearl mussels yet and have not created immunity against them. Therefore the trout will be bred in the safety of hatcheries and also protective facilities directly in the watercourses.

The biotope quality monitoring
When we are trying to provide the best conditions for life and reproduction it is necessary to monitor whether the measures taken have the correct effects. Therefore the properties of water in the watercourses are checked, especially the temperature, pH and pollution. Biological indication tests are the best way to measure the quality of the environment for pearl mussels; the growth of juvenile mussels settled in a stream in special panels is measured. Mussels for biological indication tests are obtained by rather complex semi-natural rearing. At the same time, the reared mussels can be used to strengthen the population.

Programmes for schools
For pupils and teachers mainly from neighbouring schools we will prepare a programme on the importance and conservation of the watersheds with the occurrence of freshwater pearl mussels and other vulnerable species.

Grant title:
Small Grant Scheme of the Ministry of the Environment of the Czech Republic (MoE) "Action Plans for specially protected species II"

The area of support:
Implementation of approved Action Plans and Management Plans for specially protected species of flora and fauna 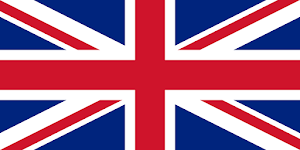